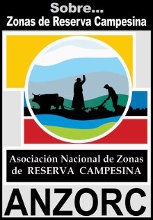 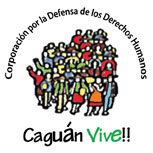 They can try to say what they want, but the Cuban Revolution continues to triumph against U.S. interference despite the decades-long blockade and the Cuban Adjustment Act (among other things).

And since it’s time to say things clearly, let’s begin by asking: why does Obama talk about democracy if in his own country if police kill afro descendants and undocumented Latin American immigrants like dogs in the street? How can he talk about democracy if in his country the poor starve without access to basic or health services? It’s even more shameless that he would say this to Cuba in their home, being that Cuba is the Latin American standard bearer in health and education. Poor guy – was he not briefed on this before putting his foot in his mouth?

He says "we are all Americans" in a romantic tone – like the end of a soap opera - and yet he is the worst deporter of undocumented Latin American immigrants in U.S. history. What is this "we are all Americans"? Don’t yell me he knows that song by Los Tigres del Norte! Let them tell it how they want but the facts speak for themselves. He should save his orations for floral competitions. He says that the United States and Cuba are brother countries – so should it not also be the case with Venezuela? I mean, considering that "we are all Americans."

Why is Obama trying to restore relations with Cuba and while for the second consecutive year, signing an Executive Order declaring Venezuela as a danger to his country? "We are all Americans" but he is continuing U.S. interference in Latin America. How long will they continue Plan Condor in the region?

He recites verses of José Martí in Cuba but will go to Argentina on the date which marks the 40th anniversary of the military coup and the beginning of a bloody dictatorship, which of course the United States was involved in. Will he recite verses from Martin Fierro or perhaps the re-screening of La Historia Oficial?

He spoke of the Ebola epidemic and how U.S. doctors worked together with Cuban doctors, and this is a huge lack of respect. When the world turned its back, Cuban doctors were only ones who stayed in Sierra Leone and fought the disease until the last patient was cured. Why did he did not mention that offers residency to Cuban doctors as long as they abandon these type of humanitarian missions around the world?

He dared to question the sovereignty of the Cuban people, but did not say a word about the Guantanamo Naval Base. As expected, Raul Castro spoke about the issues - the same Raul Castro who as a self-respecting Latin American also spoke of Venezuela.

Obama spoke of rapprochement with Cuba but did not dare mention the Cuban Adjustment Act. He spoke in dramatic tone about the deep pain felt by Cubans who emigrate to the United States. Does he not have any notion of the deep pain felt by the rest of Latin American migrants also migrated from their country, whom he denied Immigration Reform and whom he deports in large quantity, separating families?

It is a lack of respect that Dantesque characters like Obama dare to pronounce the name of Martin Luther King and José Martí and much less in a political rhetoric that everyone recognizes as hypocritical in character.

With the ease of his oratory skills, Obama’s said it is time to forget the past, that it should be left behind and that we must look to the future with hope. I think he does not know that there is something called ’Historical Memory,’ and if he doubts it he should visit the Grandmothers of the Plaza de Mayo now that he going to Argentina - they gladly will explain it to him. There is no forgetting, but there is justice.

Obama said goodbye in Spanish with the words of the legendary Dolores Huerta – "Si se puede" or Yes We Can – the slogan he used in his two campaigns for the presidency to win the Latino vote, promising immigration reform to the millions of undocumented.

We can not be fooled with romantic phrases that have nothing to do with utopia - the facts speak for themselves. And so far the United States has not demonstrated that it really wants to restore relations with Cuba because there is still the blockade, the Cuban Adjustment Act and the Guantanamo Naval Base.

United States is not looking to Latin America through humanitarian eyes or with respect for the policies of each country; they still see the region with the breath and viciousness of interventionism.

From this visit, we must really congratulate the honorable Cuban people, who have carried on their Revolution with dignity throughout all of this time. I do not know if another Latin American country would have resisted for as long. And a clear example that their ideals remain firm and steadfast is the Fidel Castro’s meeting with Venezuelan President Nicolas Maduro on the eve of Obama’s arrival. Whomever wants to write books, reviews, studies, journalistic recounts of this history should not forget that gesture, which the world press has hidden.

And although will also try to hide it, they can not erase from history the iconic photograph of Obama in the Plaza of the Revolution, paying tribute to Jose Marti, with Che Guevara as a witness.

They can tell however they want ...

This content was originally published by teleSUR at the following address: "http://www.telesurtv.net/english/opinion/The-Unwavering-Dignity-of-the-Cuban-Revolution-Has-Won-20160322-0050.html".